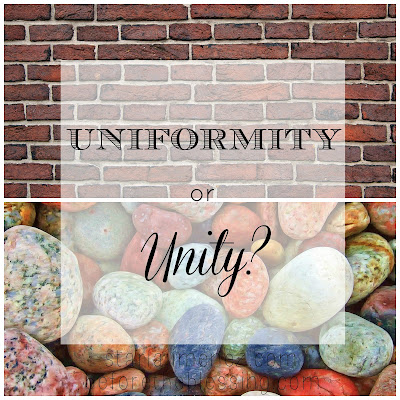 Isn’t it amazing to think that you and I are in the last days?

God didn’t ask Abraham or Moses to be here.

Not John the Baptist or Paul.

But you and I.

I by no means want to undermine the importance of sound doctrine. We absolutely need that.

But we have a generation that is in the dark, and they are being shut out by the church. This father-less generation, coming from broken homes, needs mentors within the church. Sadly, oftentimes, they just get rejected.

Why? Because we have a generation of Christians who can’t get out of their own way.

Their holding on to their traditions.

You have let go of the commands of God and are holding on to human traditions.” Mark 7:8 NIV

Again, I want to reiterate we do need sound doctrine.

But your style of worship and music is not doctrine, it’s a tradition.

There’s a generation within the church that gets irate when you mess with their style of worship, and they are rejecting the younger generation because of it.

The messages within the different styles of worship music could be the same, yet there is a generation that thinks, “Well, slow the music down and have the Gaithers sing it, and Praise God, that’s how you really worship.”

Hey, I was raised in a conservative Baptist church, so I love to hear a good hymn just as much as the next person.

But it’s just a tradition, and I’m not going to be bound by it.

“And David danced before the LORD with all his might…” II Samuel 6:14

King David had already had a failed attempt at bringing the Ark of the Covenant back into Jerusalem, because he tried to do it his way. This time, however, he was going to make sure it was done the right way, and he was going to honor and glorify God in doing so.

David, a man after God’s own heart, danced so vigorously, that his clothes fell off. When his wife rebuked him for it, David responded, “I will become even more undignified than this, and I will be humiliated in my own eyes. But by these slave girls you spoke of, I will be held in honor” (II Samuel 6:22).

And it’s also worth noting that his wife never had children, either (II Samuel 6:23).

Dancing isn’t my preference in terms of worship, but it’s not my place to say it’s wrong either.

Furthermore, could we entertain the idea that we don’t know what their worship has cost them?

A generation coming from broken homes is being delivered from divorce, addictions, and generational curses. If that were my testimony, I’d probably dance with a little bit of unction, too.

We need unity in the Kingdom, but not uniformity.

“You also, like living stones, are being built into a spiritual house to be a holy priesthood, offering spiritual sacrifices acceptable to God through Jesus Christ.” I Peter 2:5 NIV

It’s important to make the distinction between stones and bricks.

God created stones. Each one is different and unique. Some are large or small, some black or white, some common, some rare and precious.

Bricks, on the other hand, are created when stones are ground down, and lose their attributes that make them unique, and it’s poured into a mold, and every brick, from the first to the last, is the same.

We each have different and unique talents and gifts that God has blessed us with. And I believe God is about to do a great move in the younger generation. I think we’re already starting to see the beginning of it.

It would behoove the older generation within the church to get on board with the great and mighty work that God is doing, or get out of the way. Don’t be a stumbling block for everyone else if you can’t get over yourself.

Me personally, I want to be a part of this next great move that God is about to do.

And I’m trusting God will lead us.

Trena is a wife, mother, homemaker, follower of Jesus, and her kids are alive only because of peanut butter sandwiches. You can find her blogging at Before the Blessing.

3 thoughts on “Uniformity or Unity?”

Hi, I’m Starla. I’m a mom, blogger, and Virtual Assistant. I love coffee, scripture writing, planner stickers, and lunch with my friends. Pull up a chair, grab a cup of coffee, and let’s talk about Jesus.

Get More Coffee Around The Net

What are you thankful for today?

Grab your copy today! Pm me or go to https://coffe

What can we do to show God’s love, mercy and gra

For those of you who are struggling with anxiety,

When I’m insecure God is my confidence, Hope, st

How does God define love?The Bible has a great d

God will never change His mind about your potentia

What does the Bible day about love? 💕 Use this

Your worth is in Jesus. Not in your success or fai

Did you know God’s holding your hand?“Yet I

About to start day 16! Promises of God challenge

When we’re going through a bad season, there’s

May we ever stay focused on and humbled before our

Clothed in white, acknowledgment before the Father

Scripture isn’t a candy bowl by which we pick an

Do NOT follow this link or you will be banned from the site!